Paper presentation: Thinking in apartheid's wake: on community as limit

Thinking in apartheid's wake: on community as limit

Many of the dominant critiques of post-apartheid South Africa focus on community as a terrain for the expression of life in the wake of apartheid. There is, certainly, much to agree with in these interventions where community must be rediscovered, healed, or produced. I contend, through offering a reading of Wally Mongane Serote’s "To every birth its blood" and Jeremy Cronin’s “Motho ke motho ka batho babang” (A person is a person because of other persons), both of which attempt to think the conditions of the post-apartheid from within a moment of the ongoing struggle against apartheid itself, that the work of thinking in the wake of apartheid necessitates an attempt at abiding by the limit of the concept of community. It is in such a practice of reading that the possibility of a new terrain for post-apartheid community begins to emerge, one structured through “encounter” and the “touch”. 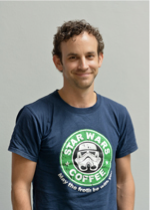 Maurits van Bever Donker is Senior Lecturer and Research Manager at the Centre for Humanities Research of the University of the Western Cape. His work is situated at the intersection of postcolonial theory, critical theory, political theory and literature.