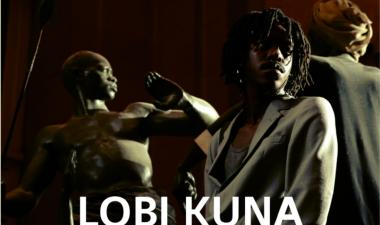 To mark the reopening of the Royal Museum for Central Africa in Tervuren, the Cultural Memory Studies Initiative will be screening the film Lobi Kuna (2017) followed by a Q&A with the film’s director, Dr. Matthias De Groof, moderated by CMSI member Holly Brown.

Lobi Kuna (Lingala for the day after tomorrow and the day before yesterday) follows Congolese photographer Mekhar Kivoso as he explores the Royal Museum for Central Africa as it is undergoing renovation. Looking at the exhibitions and displays through his camera lens, Kiyoso feels at once infatuated and alienated by the museum’s objects, which embody a macabre mausoleum of his cultural heritage. But rather than simply dwelling on Congo’s history, Kiyoso creatively uses the past in order to project himself into the future. Lobi Kuna exists as a powerful mediation on the tensions of commemorating violent colonial histories whose effects still reverberate today.

Dr. Matthias De Groof has a strong interest in film, Congo, and (post)colonialism. He has a Master’s in Philosophy (KUL), International Relations (UCL), and Cinema Studies (UA). He studied African Studies at UMU (Uganda) and became a Fulbright and BAEF visiting scholar at NYU’s Tisch School of the Arts. His PhD in Cinema Studies looked at African cinema. As a Postdoctoral Fellow of the Research Foundation – Flanders (FWO), he studied postcolonial film theory at Antwerp University, where he also taught World Cinema, Aesthetics, and Curating & Exhibiting. His scholarly work has been published in Third Text and by Columbia University Press amongst others. He is regularly asked to talk and write in non-academic contexts and to curate film programs. His own films have been presented i.a. at the IFFR, Media City, Cannes Pan-African Film Festival, and the San Francisco Art Institute. Currently, he works at the Collegium for Advanced Studies in Helsinki. His film triptych on postcolonial museology and his book on Lumumba’s iconography are about to be published.

All are welcome. Admission is free, and registration is not required. For more information, please contact Stef Craps.